If you have purchased a set of Pittsburgh Three-Ton or Six-Ton Jack Stands, DO NOT USE THEM. You need to take them back to Harbor Freight due to a recall.

Recalls are not unusual in our world of the automobile, but in what feels like a rare case (it’s not really that rare) the National Highway Traffic and Safety Administration (NHTSA) has issued a recall through Harbor Freight for their Pittsburgh brand of Three-Ton and Six-Ton Jack Stands. 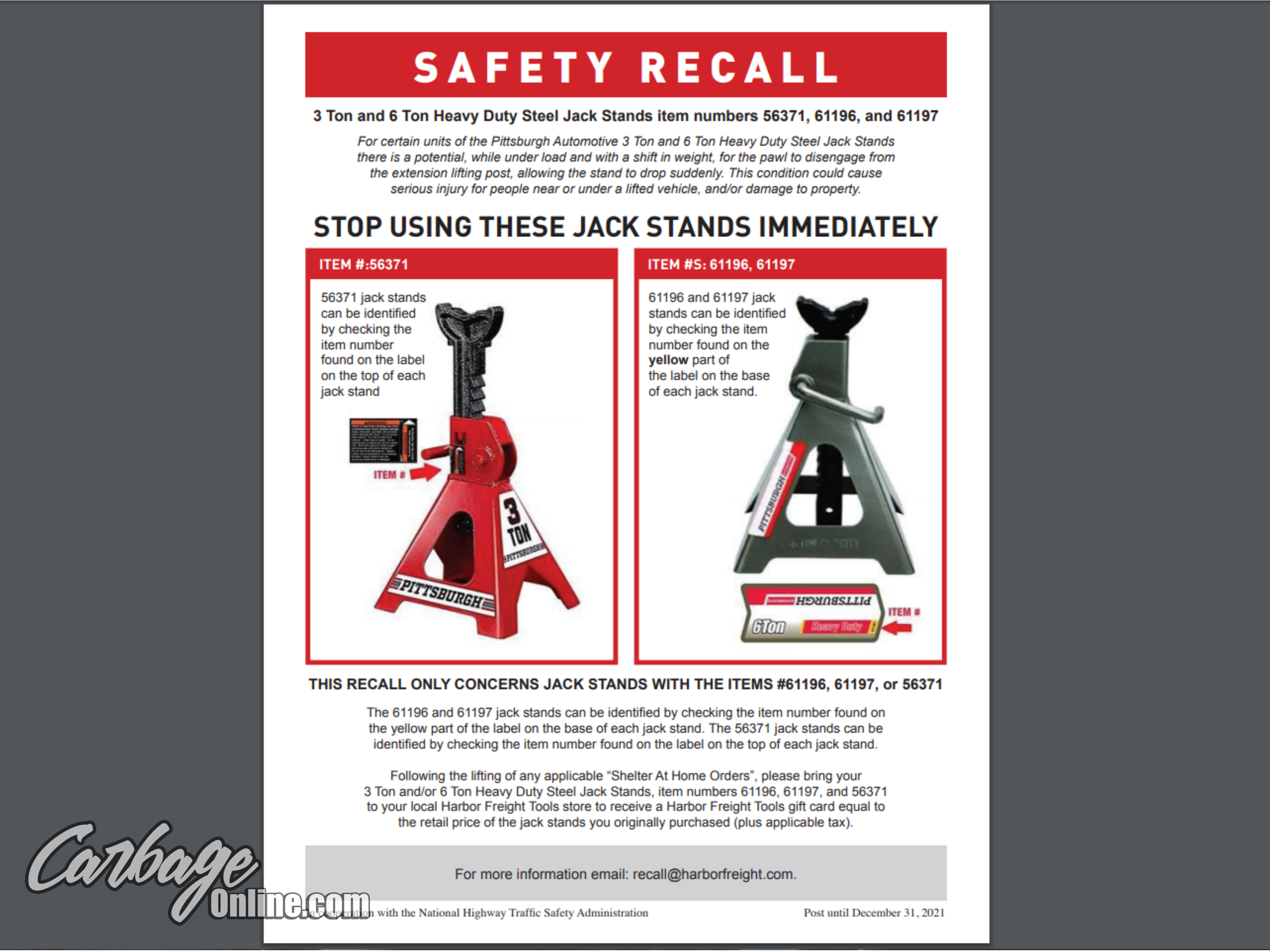 The danger lies in a potential for the stands to shift while under load, as the recall states, and that allows the pawl to disengage and drop the load on it. This can cause damage to the load or injury or death if someone is under that load. The jack stands are Pittsburgh Brand that were sold in pairs with part number 56371 for the three-ton stands and part numbers 61196 and 61197 for the six-ton stands. If you have purchased a jack stand recently from Harbor Freight, check for these numbers and do not use them. Return them immediately if your Harbor Freight is open.

Jack stands and chocks are essential tools to have when you’re jacking up a car, so knowing that just one of those tools that is supposed to protect you can fail is a disturbing thought. The recall does not state if there have been any injuries or worse caused by a failure by the jack stands.

Here is the recall notice in its full PDF format: