Announced on May 20, 2020, Turn14 Distribution, Inc and based in Horsham, PA, acquired Motovicity Distribution of Madison Heights, MI, and continues to create one of the largest distribution channels for automotive aftermarket parts in the United States after Keystone Automotive Operations and Transamerican Auto Parts. 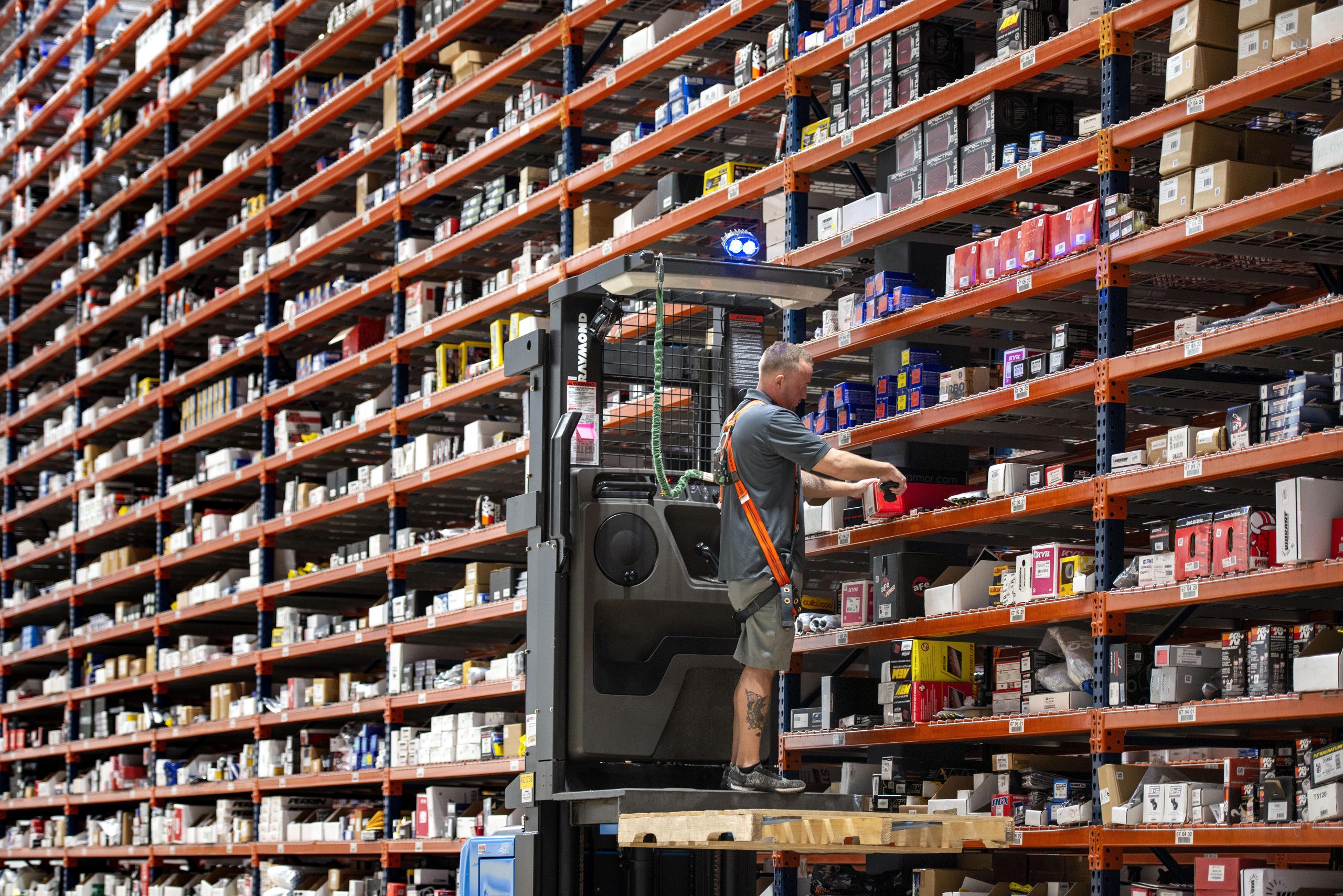 For Turn 14, this marks an impressive growth for the wholesale auto parts distributor and shows why they won the 2016 and 2018 SEMA Warehouse Distributor of the Year (WDY) award. They gained the 2013 WDY award-winning company’s assets just outside of the Motor City. What does that exactly mean? Will Turn 14 now have a warehouse and its staff in Michigan and increase their one-day shipping reach?

To answer that, Turn 14 Distribution Director of Marketing, Daryl Sampson, reached out to me when I began this story with a different angle. Just for disclosure: I’ve known Daryl well before I started Carbage Online as he was someone I would talk to at Mackin Industries, my brief stint at Fujita Brake, and at MotoIQ – the site where I began my paid career in automotive writing (though Drifting.com is where I got my experience and initial exposure). Let’s get back into focus here.

What Was Actually Acquired? 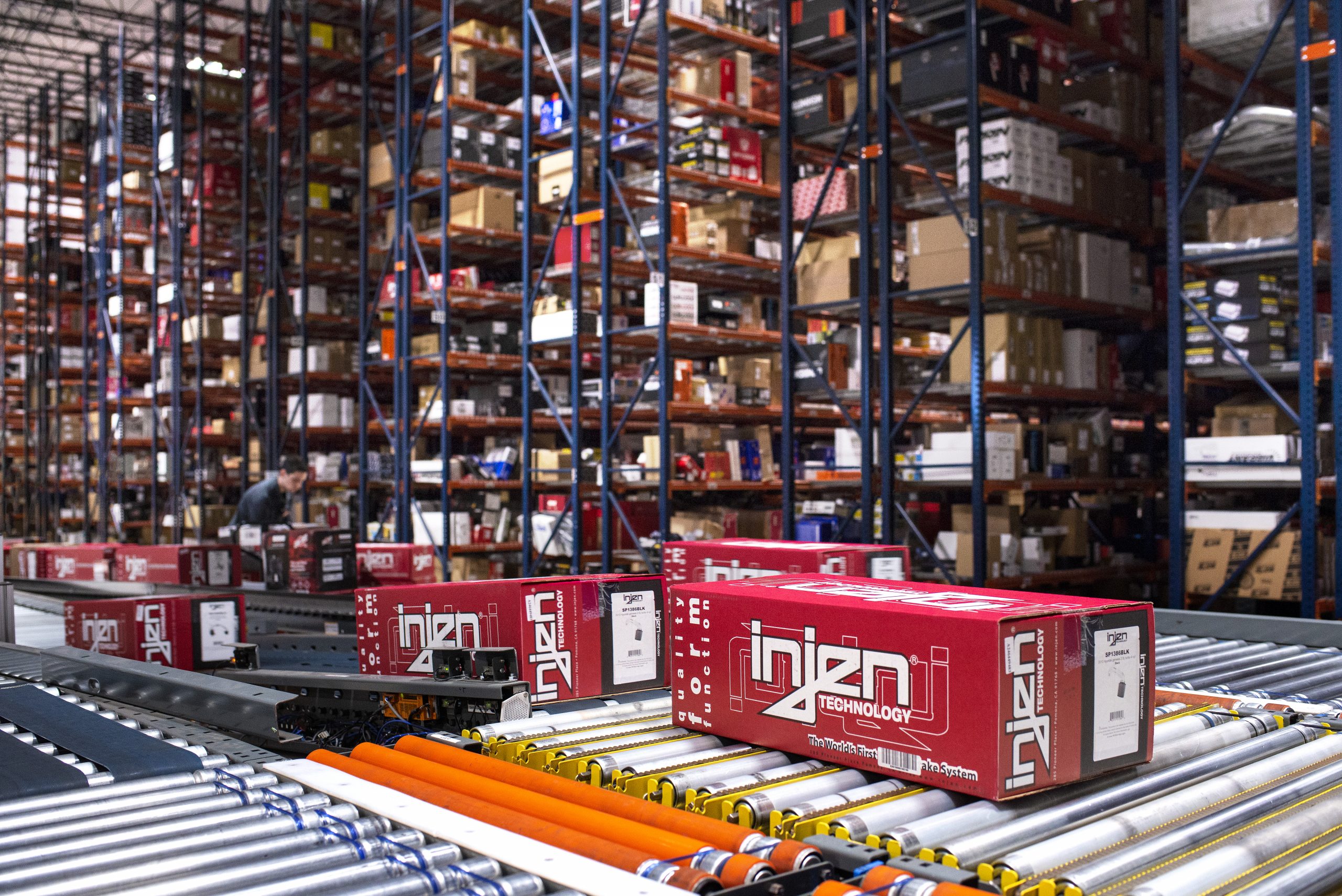 You’ll notice that substantially all was done in quotation marks in the lead in for this article. That was done on purpose and the reason will become obvious when I begin to describe what an asset purchase is. A lot of people have read into that as Turn 14 got everything and, technically, they did. Reality, though, isn’t that simple.

What Turn 14 got, as I slightly pontificate a bit to get to that point, was only what Motovicity owned outright and weren’t paying out to use. The warehouse was a lease and, thus, it was not a part of that purchase. Turn 14’s one-day shipping reach is still the same as it was prior to this purchase. They also did not retain the staff of Motovicity, so those people did lose their jobs when this happened. Some staff were given offers to remain on with Turn 14, but unfortunately that did not include the warehousing staff as they wouldn’t have that need since they don’t have a new warehouse.

The one thing that Motovicity did was sell their entire catalogue to all their buyers. This included shops in California who must deal with the California Air Resources Board (CARB) and their red tape against performance products. Essentially, if it does not have a CARB Executive Order (EO), it cannot be sold or used in the state on CA SMOG certified vehicles. This is exempt for race cars, pre-SMOG vehicles (1974 model year and older), and off-highway vehicles, but you have to prove it is being used “off-highway.”

If you get hit by CARB for selling that part, you risk a fine of up to $24-thousand per violation. In other words, everything you sold that didn’t have an EO and was used on a SMOG controlled vehicle for every customer is a $24-thousand fine. It’s not just a $24-thousand fine for doing it nor is it just a fine for each customer, it’s $24-thousand for each part on each customer car. Many out-of-state companies have been successfully sued by the state and paid fines in the millions of US dollars, so it is a legitimate risk.

Because of that many wholesalers and sellers outside of California just outright refuse to sell those parts to buyers in the state. While Motovicity was willing to run that risk, Turn 14 Distribution is one of those whose policy does not allow the sale of non-EO parts to the Golden State. 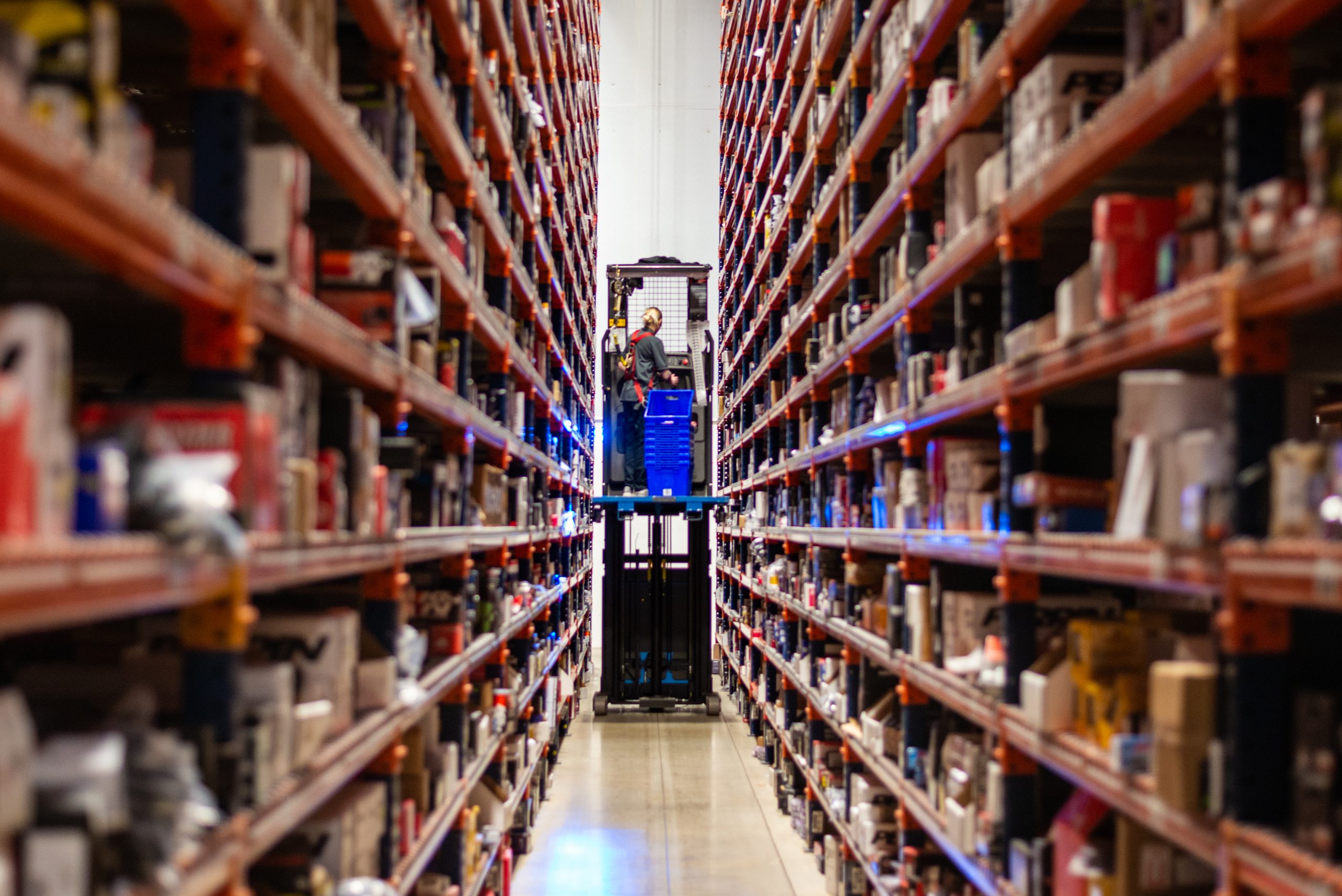 It’s not all bad news as Turn 14 will continue to sell parts to Motovicity’s former California customers, just not parts that are missing their CARB EO. Mr. Sampson had this to so say, “Turn 14 Distribution, as a company, made a long-term business decision based on California’s CARB laws that we would not sell products not legal for sale there. It does affect some of our customers that operate and sell into California, but the short-term benefits and lost sales don’t outweigh the long-term benefits.” In other words, the financial penalty of being sued is still worse than the sales lost due to this policy.

Many shops have also asked that if the shop was willing to provide proof the vehicle was a race car, OHV, or pre-SMOG vehicle would Turn 14 sell then? The answer, unfortunately, is still no. As Mr. Sampson continued, “In the interest of complying with the law, we made a clear decision to not provide the parts over developing a contrived way for a customer to ‘testify’ that the parts Turn 14 sold were going on a CARB-exempt vehicle. CARB places the burden of proof on all of us along the supply chain for providing said parts and we made the difficult decision to forego those sales.” 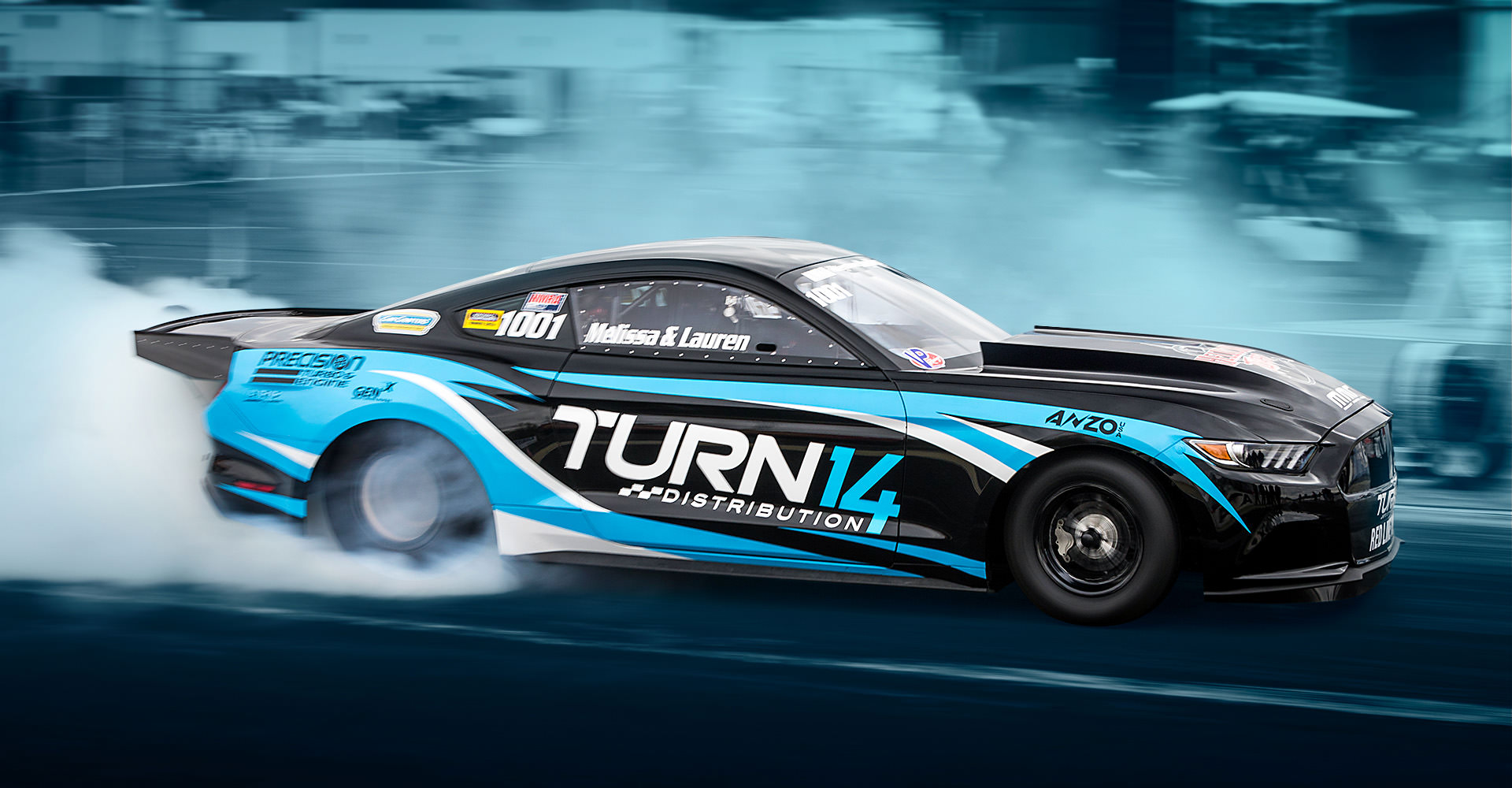 There are other issues from this acquisition that will make the process bumpy. To start, shops across the US are already reporting price increases over what they were purchasing from Motovicity. Some of these parts are already sold to their customers, so it is up to the shop to absorb the cost of these parts.

In response to one customer who expressed concern on Facebook, Mr. Sampson stated, “It may sound cliché but we are dedicated to this industry and our customers for the long term. As a company, we are significantly larger than the one we acquired (JB note: Motovicity) and have a lot more inventory dollars and infrastructure over three locations in three states. That’s not to say that we are perfect or better, just different.” He closed out by saying, “The decisions like (this one) are made with long-term sustainability in mind for us, our customers, and our industry.”

In most cases, orders were canceled altogether. In a “farewell note” dated on the day of acquisition (May 20, 2020), former Motovicity Distribution CEO, Brian Lounsberry, explained what would begin to happen in an email to their former customers. Again, that note was dated on the day of the acquisition and there was no tell or hint this was coming beforehand for their customers.

In that email, it stated that open orders were cancelled, returns placed on or before 5pm on May 19, 2020 would be accepted but anything afterwards would not, and open account credits would be mailed a check for the amount still owed. Much of the cancellations simply came down to differences in invoicing software between Motovicity and Turn 14. As much as we think something like this would be or should be plug-and-play, the reality is vastly different. It’s like going from an Android phone to an iPhone and expecting your Android apps to transfer over. As you may know, it doesn’t work that way for multiple reasons.

You would think that gaining new customers and brands would be a positive. Reality is, again, a bit more disappointing. While Turn 14 will gain some new customers, many were already buying from both wholesalers. Many shops I know contacted me stating the same thing, that they were already buying from both Motovicity and Turn 14. It is sort of the same thing for the brands side, too. Turn 14 will gain a few new products to sell, that’s a given.

However, many brands will not be brought along for many reasons but usually are because there is not enough of a profit margin for survivability and manufacturers that sell direct to the public at a cost that isn’t competitive. That last one hurts shops and WDs directly as manufacturers are essentially competing for the same customers as they are as well as selling at close to wholesale prices. Both help create a culture in the wholesale side of the “race to the bottom” and is an interesting discussion itself.

Then there are events exclusive to Motovicity like Never Lift and the Speed Ring as well as sponsored racers across a multitude of platforms from Time Attack to the Pikes Peak Hill Climb that are waiting for the season to finally start. What happens to these events and teams now? At the time of writing this, there have been no official announcements on that subject, but indications aren’t great for the events. The sponsored drivers might be a different story for the rest of 2020, but again nothing has been confirmed. 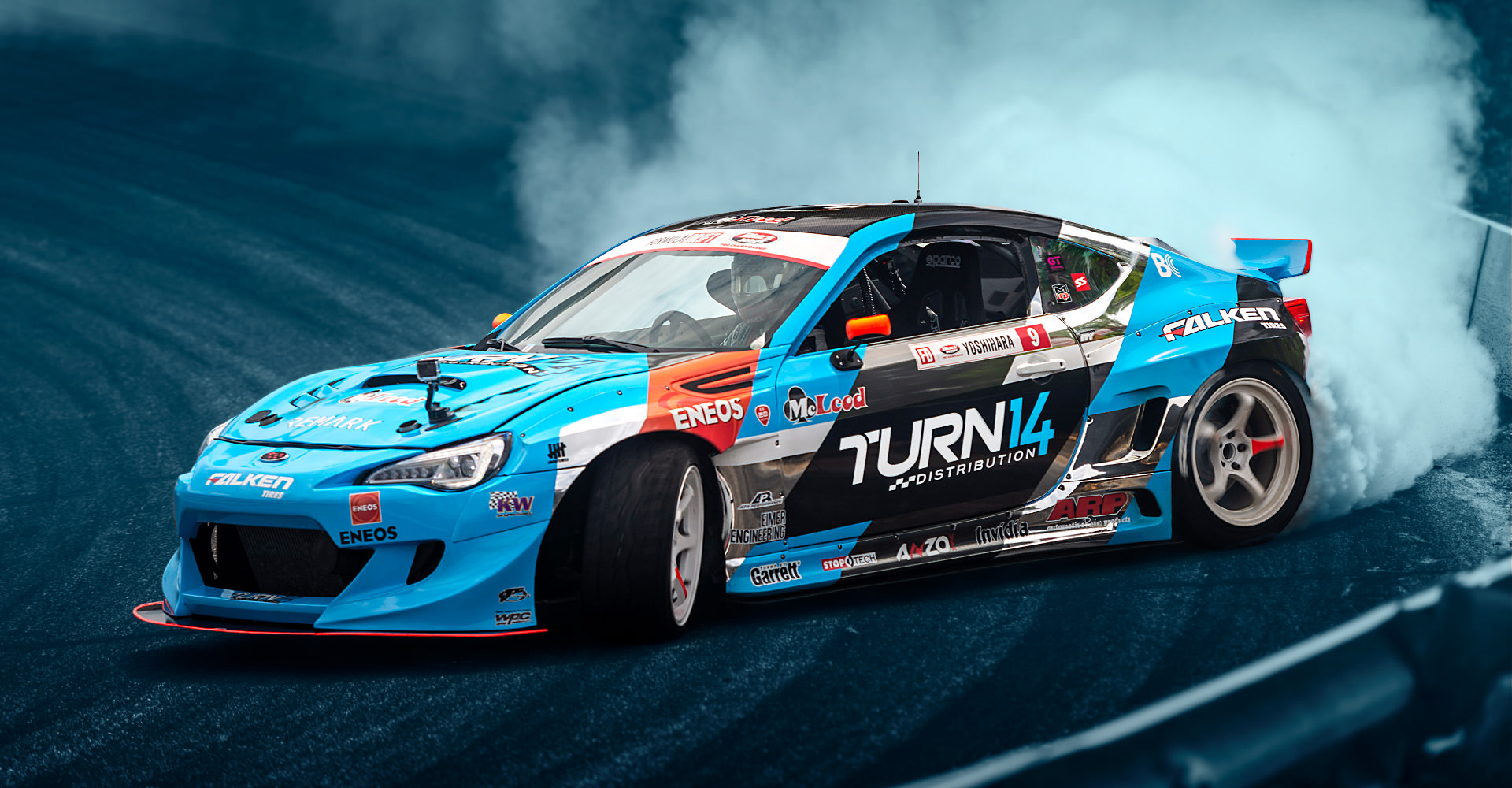 How will all of this pan out as we continue along for 2020 and beyond? I unfortunately don’t have the answers as I don’t even own a Magic Eight Ball, let alone a mystic crystal ball that predicts the future. Even so, I can say that Turn 14 Distribution has been in an upward trend even before this acquisition.

Through this pandemic, enthusiasts are still under their hoods and wrenching on their vehicles leading to Turn 14 seeing an increase in their own orders to a point that manufacturers are struggling to keep up. There will be a few gains from their acquisition of Motovicity, but that payoff won’t be reflected for a few years. In a way, it sort of hints to what was going on at Motovicity and why this or bankruptcy was potentially inevitable for the Detroit-based auto parts wholesaler. Again, that is a story that will be interesting to tell as it’s not a side of the business that many enthusiasts get to see.

There is much more to this story than an acquisition of assets and I’m already working on bringing that to you. If you worked at Motovicity up until this time, don’t be afraid to reach out to me at justin@carbageonline.com. In the meantime, Turn 14 Distribution continues to inch closer to the top steps held by the likes of Keystone Automotive Operations, Transamerican Auto Parts, and Genuine Parts Company (GPC, the owners of NAPA).