The Chevrolet Sonic Dies in 2020 but the Bolt Will Live

One of the darlings of the restructured GM, the Chevrolet Sonic will end production in October 2020. However, the Bolt EV and 2021 Bolt EUV will live on.

The Chevrolet Sonic probably lived longer than most people expected it to when it was introduced in 2011. With low gas prices and demand for most cars drying up during that year, it was impressive that the Sonic was still selling at all. Now, with less than 14-thousand sold in 2019 (after a high of 100,000 in 2014), the Sonic is having its production ended by October 2020. It’s not all bad news, though, as the Bolt will continue production despite sharing its Orion Assembly plant. “The end of production of the Sonic does not impact the Bolt EV,” said GM Spokesman, Shad Balch.

History of the Sonic

Technically, it has been around longer as the T-series of subcompact GM cars were first brought over in 2002. I say brought over as they were built by Daewoo plants after GM purchased Daewoo Motor assets in 2001 when it split off from Daewoo Group. Then in 2011, GM Daewoo changed its name to GM Korea and that was marked with the introduction of the new T200 using the GM Gamma II platform. It was also the same time that assembly would venture beyond South Korean shores to here in the US. This move would make it the only subcompact car sold in the US that was also built here. 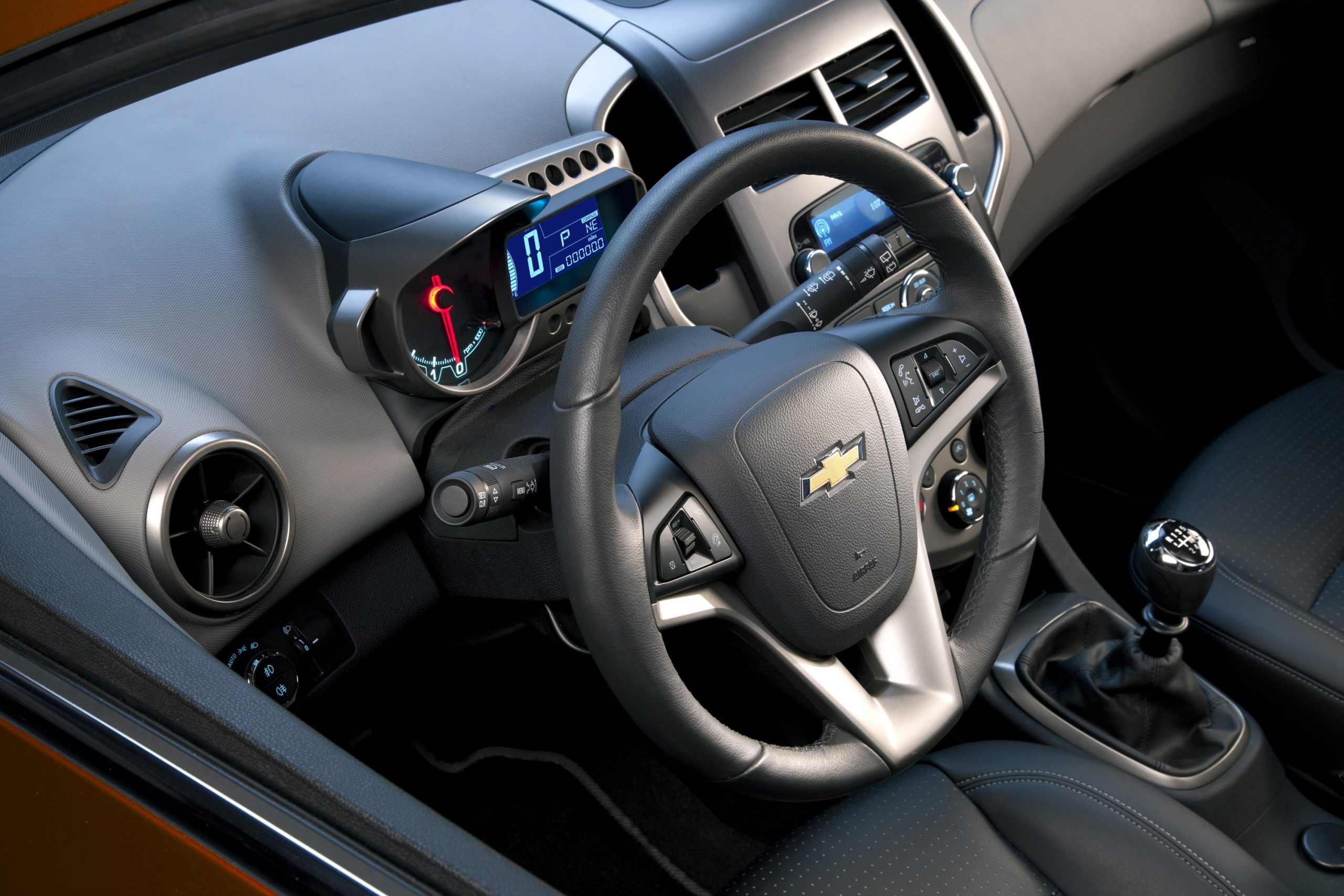 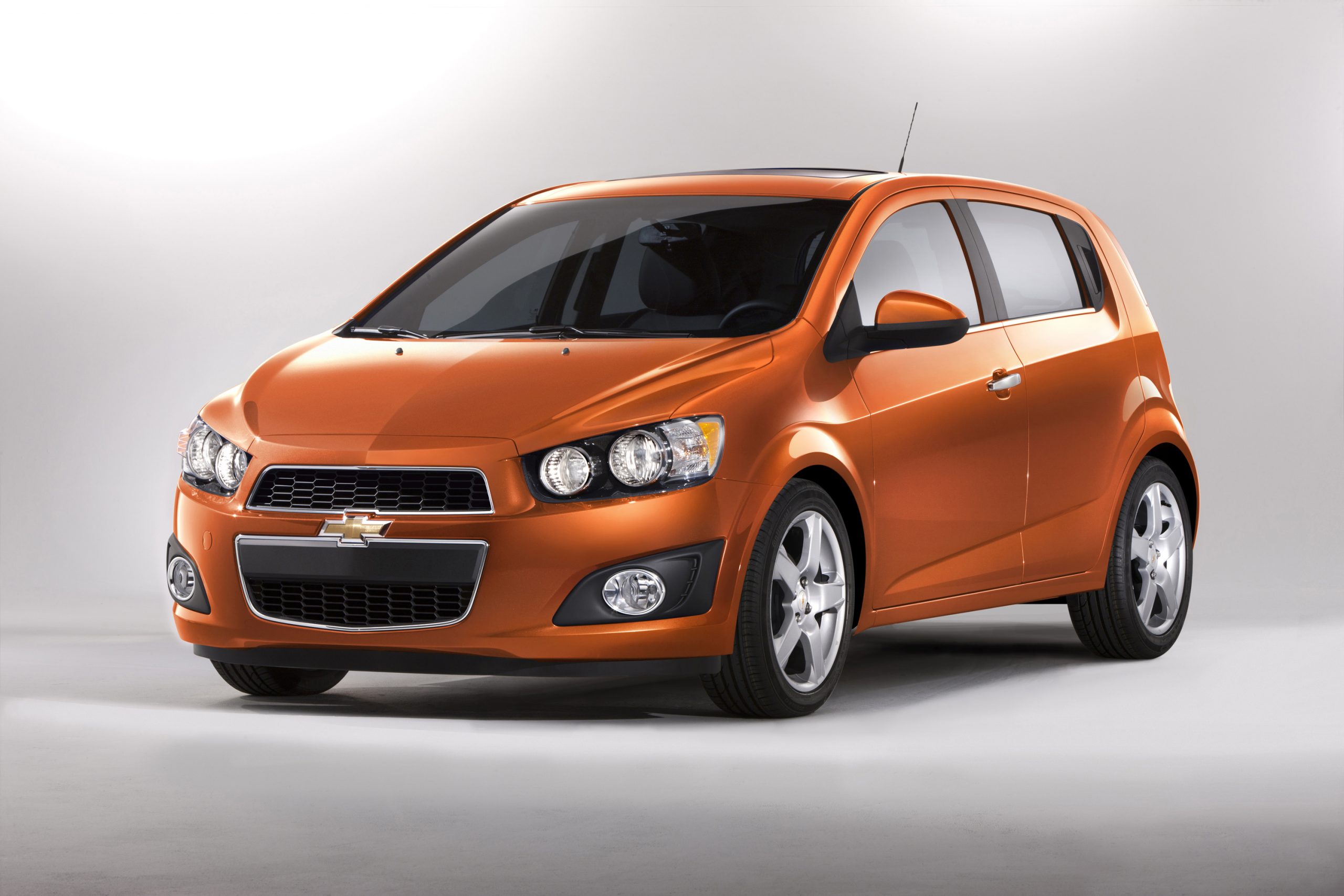 2013 Chevrolet Sonic
Rather than keep the Aveo nameplate here in the US, it was changed to the Chevrolet Sonic and received many sporty design features as it was billed as a “four-seat motorcycle.” These featured exposed style headlights, a motorcycle-inspired gauge setup, and suspension tuning from Corvette Racing engineer, John Buttermore. The base sedan or hatchback would get a 1.8-liter engine, but you could opt for the 1.4-liter turbo in the LTZ model with a six-speed transmission and its star color: Blue Velvet. By 2017, most of those motorcycle features would be removed along with the introduction of a manufacturing mate: the Chevrolet Bolt EV.

Introduction of the Bolt

It wasn’t GM’s first production EV but when the Chevrolet Bolt was announced in 2016, something just seemed to click better over the Volt and EV1 when they were introduced. Much like the Sonic, the Bolt was also marketed as a sporty electric vehicle that could go for nearly 240-miles on a full charge. It also helped that it cost less than $30,000 after tax credits at the time. Even without those credits, it was certainly less than a Tesla Model S and was slightly cheaper than the then new Model 3 with only slightly less full charge range than the 54kWh, RWD version of the 3.

Is the Bolt a Sonic, then?

Just a quick note. Despite being built at the same Orion Assembly plant in Orion Township, Michigan, the Bolt and the Sonic are two different vehicles. The Sonic is built off the GM Gamma II platform while the Bolt is part of the Battery Electric Vehicle II (BEV2) platform. While the GM EV1 was known as the BEV1, it, too, is not related to the Bolt and BEV2. There were some Gamma EVs, notably the Spark EV and the Springo in China.

By the time 2017 ended, the Bolt EV was the second best selling electric vehicle in the US despite a limited area of sales until August of that year. By 2018, Chevrolet sold a total of 26,477 Bolts. However, even with a 22-percent drop in sales by the end of the year, the EV was outselling the gasoline-powered Sonic. Even at its most dismal year, 2019 saw 16,419 Bolts sold over the 13,970 Sonics sold.

What Happens in Orion?

It took a while, but a combination of GM’s EV push as well as falling gas prices and crossover demand that finally killed the Sonic as so many predicted nine years ago. Even as it loses a vehicle, the Orion Assembly plant will not shut down nor will any of its 1,125 employees be impacted. Even though Bolt demand took a 22-percent hit, there is still enough EV demand that GM will introduce a new model for 2021.

The Chevrolet Bolt Electric Utility Vehicle (EUV) will take the place of the Sonic at Orion and it will be a part of the BEV2 platform the Bolt is built off. Rumors currently say that the EUV will remain a two-wheel drive vehicle with a 200-horsepower, 266-lb-ft torque motor driving the front two wheels. Its additional heft will come with a range penalty but that is made up with Level Two charging capability as well as “Super Cruise,” a semi-autonomous driver assist that debuted with Cadillac on the 2018 CT6.

Both the regular – but refreshed – Bolt and the EUV will enter production in 2021 and everything appears to be on schedule for that date. That’s thanks to retooling that started in March of 2020 and has continued though the COVID-19 pandemic.

While it is sad to see the “four-seat motorcycle” go the way of the Impala and Cruze, it is great to see that GM is fully committed to electric vehicles. So much so that it’s willing to replace a former gas-burner with an all-new EV and create their first dedicated electric vehicle plant. It’s also great news that no one will lose their jobs despite the change, especially during a time with unemployment at over 10-percent in the US.