Ford has decided to give the 2021 Ford Bronco some star treatment for its debut thanks to Disney and their Disney CreativeWorks agency on July 13, 2020.

If you’re worried about missing the debut of the 2021 Ford Bronco, well you no longer have to thanks to Ford’s partnership with Disney CreativeWorks. You won’t have to sit and watch the reveal on Ford’s YouTube, Instagram, Facebook, and Twitter accounts as you’ll be able to see short films across Disney’s broadcast and streaming networks starting on July 13, 2020 at 8pm EST.

How to Watch on Disney-owned Outlets

For ABC, the Bronco will be shown off in a three-minute short film with country music singer, Kip Moore, during the “CMA Best of Fest.” That is a three-hour “concert experience” that airs on Monday, July 13, 2020 at 8pm to 11pm EST (5pm PST to 8pm PST).

Over on ESPN, another Bronco model will debut in another short film with professional climber Brooke Raboutou during SportsCenter.

On the National Geographic channel, Jimmy Chin – an Academy Award-winning director who is also a cinematographer and photographer as well as a professional climber – will spotlight a third Bronco during “National Parks: Yosemite.”

On July 14, 2020, streaming channel, Hulu, will make all three films available on demand. They will be done in an “interactive ad format” targeted to be aligned with outdoor and survival-themed shows. In other words, they will be ads you’ll see before, during, or after each show.

How to Watch Live

Of course, if you want the full details on what the new 2021 Ford Bronco is going to be about you’ll need to watch the live reveal by Ford on their social media channels that I mentioned earlier. You can also get short hints on the @FordBronco Instagram page.

Speaking of that Instagram page, it has two remarkably interesting clues on the new Bronco. The image is a breakup of the new grille, which we see in the reveal hints. However, it’s that second set of three images that is most telling. We not only get a hint at the mirrors but also a bit of the bumpers and how Ford will tackle the classic over fender design.

We also get a hint of the hood design with a pair of interesting risers that recreate the rise of the original Bronco front fenders. Instead of being a completely molded-in line as it was with the original, it appears to be that and a separate black piece the leads down to the grille. It also shows off a set of all-terrain or all-terrain extreme tires that I swear I can place but can’t.

All will be revealed very soon (less than two weeks when this went live) and Carbage will be doing a watch party that you can join on Facebook. Be sure to check it out when it goes live on July 13, 2020 at 8pm EST/5pm PST. Look forward to seeing and interacting with you then! 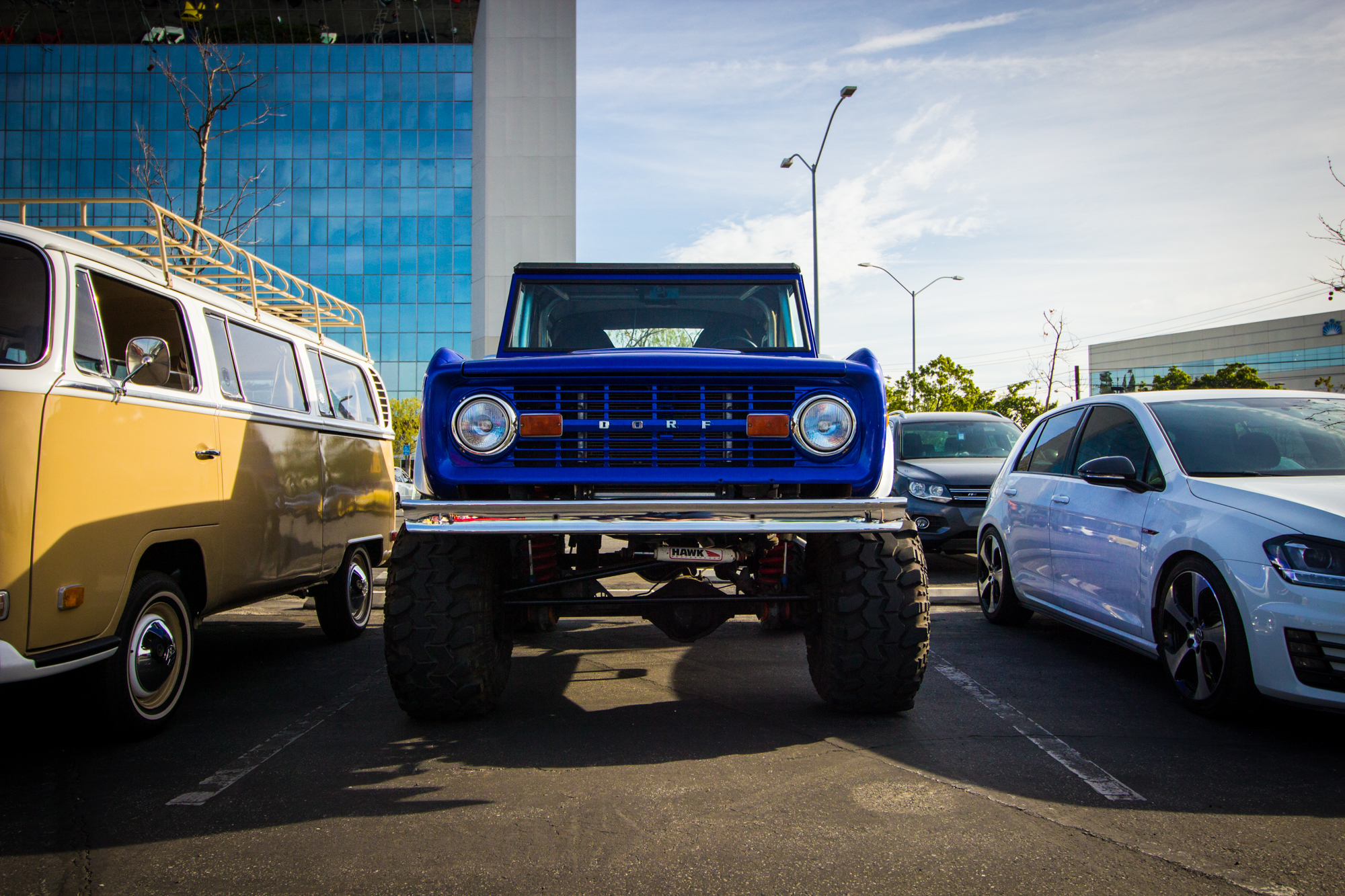